Despite England loosing at The Euros – Reelz in USA made up for it by transmitting two of my programmes back to back.

(Drama/docs on how & why some celebs died so young).

TX: June 2020 – All episodes transmitting and streaming in the UK

TX: Spring 2020 –  I wrote, directed and produced for US based Reelz Network through UK’s ITV productions.

January 2020 – I’m very honored to have been invited to write an article for Media Parents about transitioning from editor to drama director.
The photos are of me on set directing some action drama scenes.

This series transmited in USA across June and July 2019

Series 5 transmitted in the UK from January 2019.

The story of America’s most important battles against the Nazis and the Japanese during World War Two. This series examines the military mind-set, pioneering tactics and state-of-the-art technologies deployed by both sides.  Remnants of military hard-wear, defensive megastructures and forgotten relics of war are discovered as experts journey from the beaches of the Pacific islands to the battlefields of Northern Europe.

Peter directed the drama for the four episodes based around the Pacific islands along with Oahu, Hawaii. 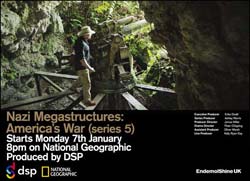 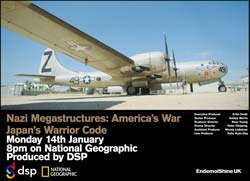 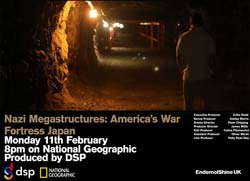 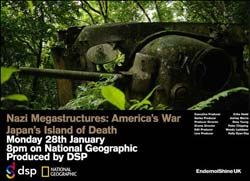